Early this morning Chanel rounded out Paris fashion week with a surprisingly fun show and everyone’s talking about it! Karl Lagerfeld transformed the entire catwalk into an interactive Coco Chanel grocery!

The show was opened by muse and model of the moment, Cara Delevingne and included a cast of well known faces (ahem, Kendall Jenner and Jourdan Dunn to name a few).  The scene was bright, popping with color, and full of Andy Warhol inspired allusions to pop art and consumerism (hence, the quirky Coco branded groceries). Perhaps the most outrageous (in a good way) show of the season, it was an exciting whirl of fashion, art, and color. 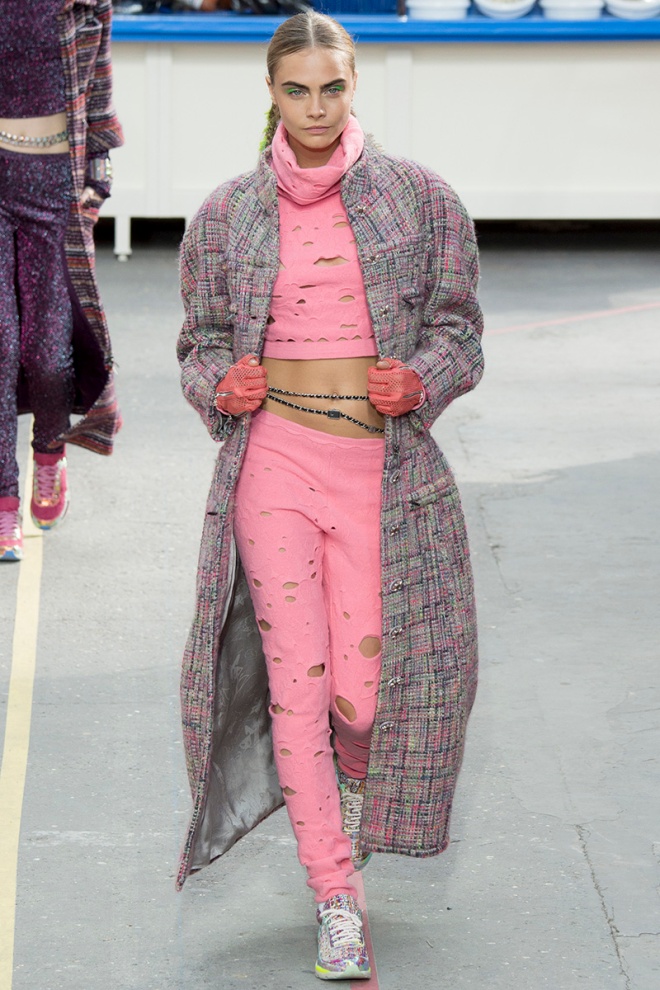 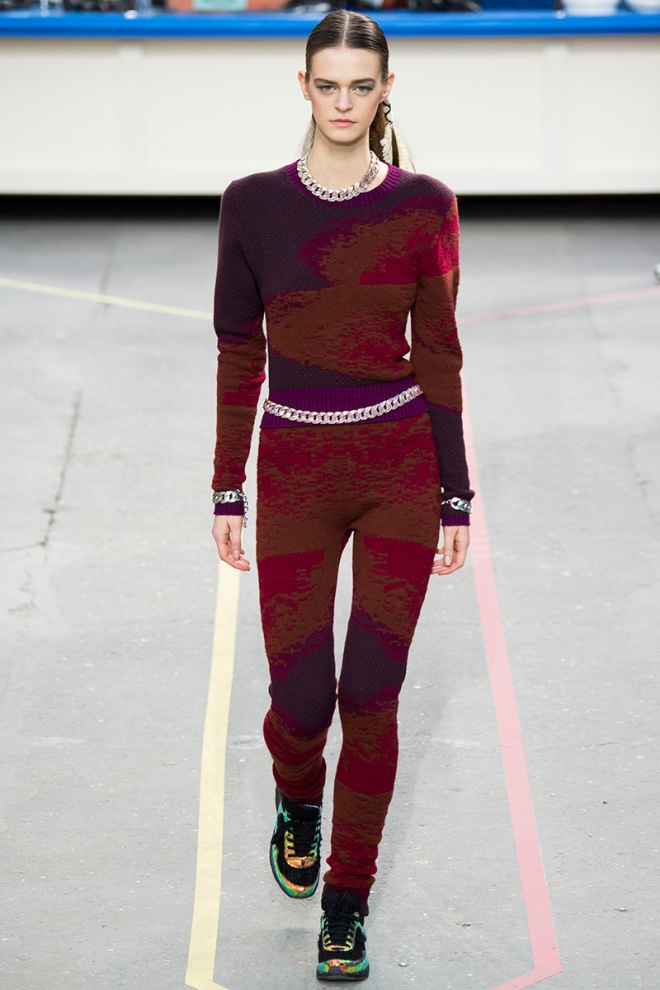 With Delevingne kicking things off in a sporty pink jogging suit, it’s clear that, like many others this season, Lagerfeld used sportswear as a starting ground; but unlike many other designers, he paid homage to the classics Chanel is known for. Alongside the sporty, early 90s look and coveted Chanel trainers, the tweeds and puffy quilts synonymous with Coco Chanel were seen on nearly every model. The silhouettes were voluminous and tailored in all the places that create curves.  Shoulders were exaggerated and beauty was simple, as to make the clothes pop even more. 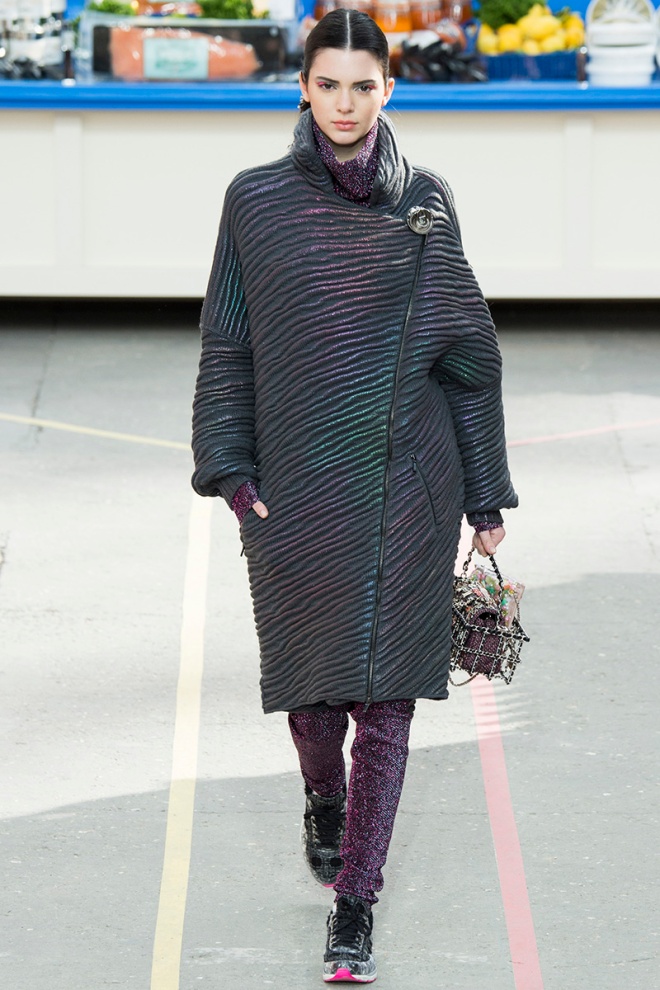 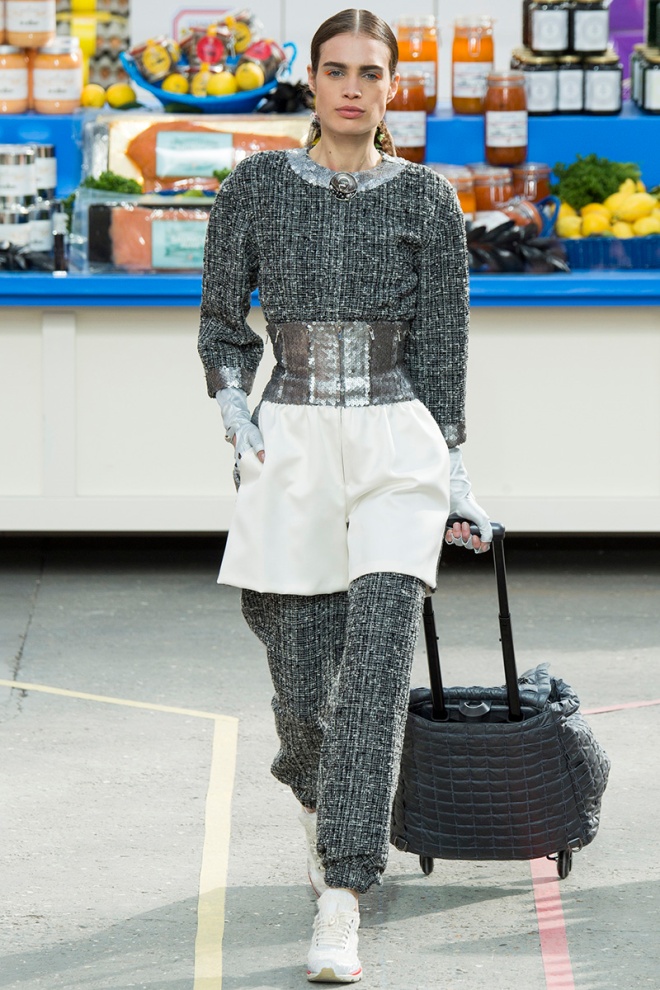 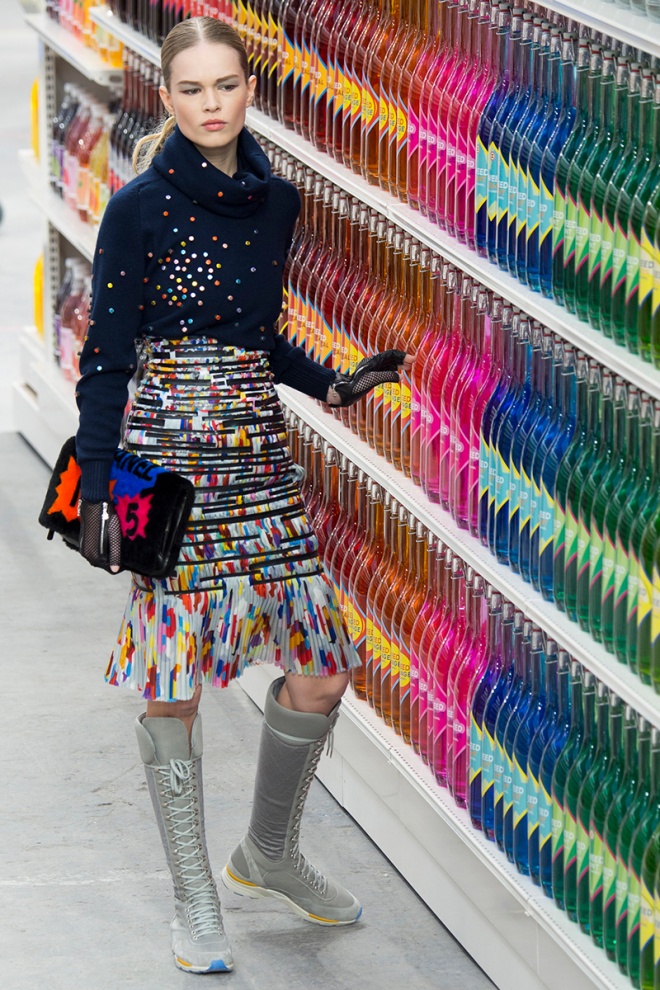 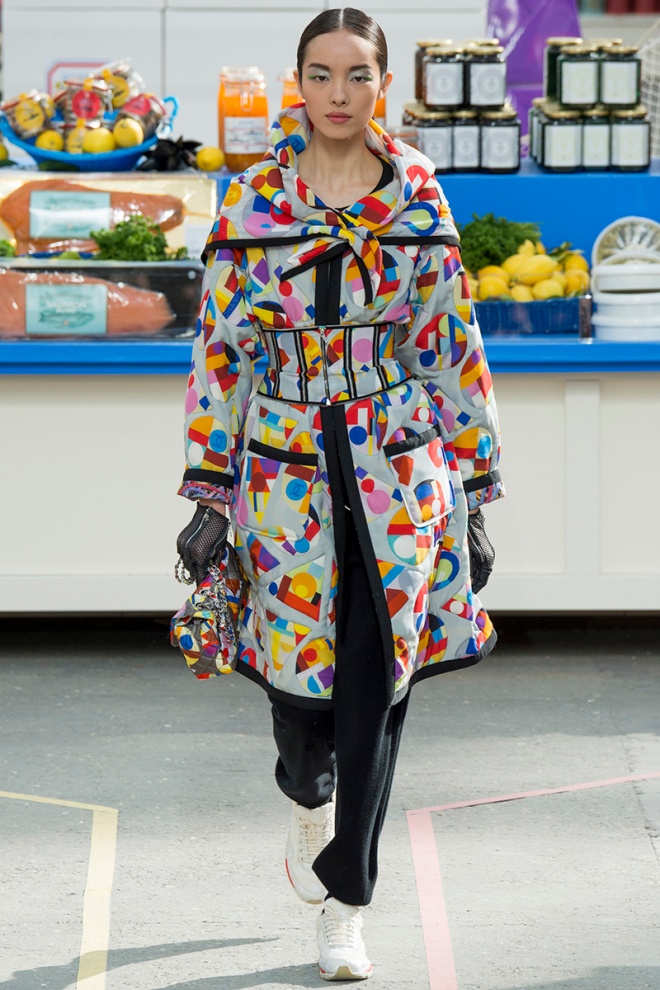 The humor and color was woven so creatively into the show by Lagerfeld that it spilled out on the “consumers” (show invitees). Those at the show (models included) were encouraged to shop for first aid kits, Eau de Chanel mineral water, and Coco Carbone, while Instagram was abuzz with bloggers, pop stars, and socialites snapping pics with their Chanel groceries. The unexpected joie de vivre of the show was a refreshing take on fashion on art. I’m definitely a fan of a more relaxed and playful Chanel! 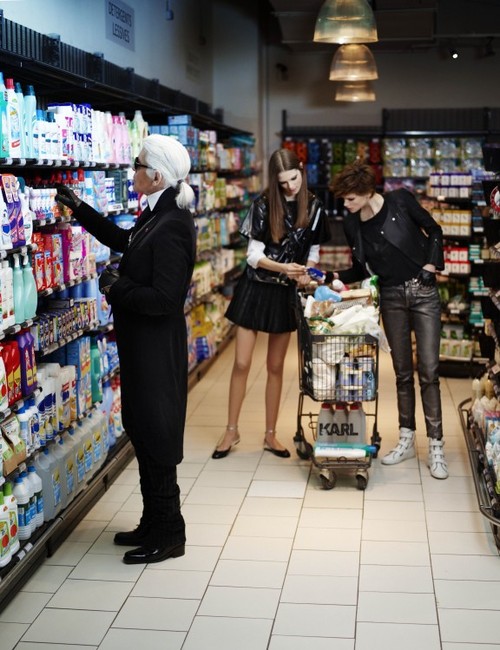 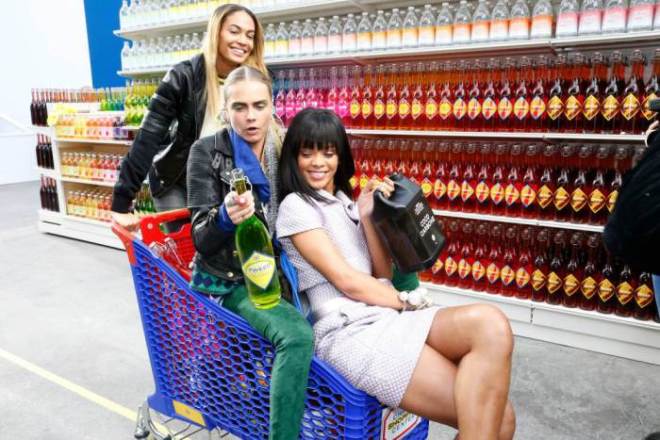